It’s Fandango’s Flashback Friday again. This piece was originally written for Photo Challenge #247 at the Mindlovemisery’s Menagerie blog. The writing prompt is the image below.

Hi. My name’s Bethany. Betcha can’t guess what I did today.

It’s a secret so if I tell you, you gotta double-dog swear you won’t tell on me.

After lunch Mommy said my little brother Harry and me could go down to the park by the lake shore. She said I had to promise to watch Harry very closely because he’s only three and can’t swim yet.

I can swim, though. I took lessons last summer and did really good.

When we got to the park, it was too hot to slide down the slide. The metal would’ve burned the backs of our legs. Instead, I pushed Harry on the swings for a while, then we played teeter-totter and climbed on the monkey bars.

Then we got bored.

Harry kept pointing to the pier like he wanted us to walk on it. I told him he had to hold my hand really tight the whole time, or else I wouldn’t take him.

He grabbed my hand and we started walking. It’s a really long pier. Like almost a block long. Well, maybe not that far, but still. It’s a long pier.

We got to the end of it and watched the ducks and otters play, and then just stared into the water. I told Harry the story about the Locket Nest monster and he got scared and started to cry. He’s such a baby. I told him to shut up but he wouldn’t. He kept crying and wanted to go home.

I wasn’t ready to go home yet. So I picked Harry up and dangled him over the water. I told him I’d drop him if he didn’t stop crying.

He didn’t stop so I dropped him.

Harry sunk pretty fast. At first I didn’t think he’d come back up, but he did. His eyes were wide open like he was really scared. He tried to yell, I think, but he couldn’t because his mouth was full of water. I bet that tasted yucky. Fish make poopies in the water, you know. So do ducks and geese and otters and all kinds of animals.

Then Harry went back under the water for good. I waited a long time, but he never came back. I went home after that.

Mommy and some other people are looking for him now. They are dragging the lake, or something like that.

I don’t know why they are even looking. Even if they find him he’ll still be dead.

Just like that girl last summer. I can’t remember her name but she was my friend, sort of.

I think all parents should teach their kids how to swim. 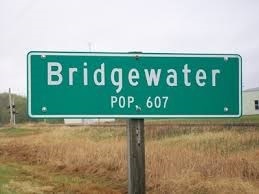